GET INSPIRED - The 3 Youngest Billionaires in Nigeria today!!!

Different people want different things for themselves. Generally, some want just Money, some just Fame and others Power (am sure most of us want everything) but these 3 Nigerian young men have these 3 things and have achieved them in a very short time.


Sijibomi is notably the youngest Nigerian man so far to reach a billion in earnings from business investments.

The 34 year old entrepreneur is the CEO of Sujimoto Group of companies which comprises of real-estate, finance and energy divisions. He studied Law and has over the years acquired knowledge and experience in business management, strategy and investments.

He started his career in risk assessment in 2004, where he moved up to lending in SMEs and set up Moto Finance in Madrid which has a branch in Accra Ghana; achieving significant industry milestones.

He describes his vision as ‘simple’ which is to revolutionize the African luxury Real Estate industry with Nigeria as a starting point. With the success of his company’s pioneer project in Nigeria called Medici, a high demand for Sujimoto’s forthcoming project in Ikoyi “LorenzoBySujimoto” is highly anticipated by investors and high net-worth individuals.

Inspired by the Ritz Styled Hotel & Apartment, LorenzoBySujimoto is an unveiling of world class hospitality bringing a redefinition in high value residential structures, comprising of 2, 3 & 4 bedrooms, a fascinating addition of penthouses with private swimming pools.

Sijibomi is very unapologetic about his opinions concerning the luxury real estate industry and has been described severally as the Donald Trump of Nigeria; claiming that the Nigerian Luxury Real Estate industry has not achieved 5% of its true potential. This inspired his vision to set up his company called Sujimoto Construction Ltd, which has achieved impressive strides within a few months of operations and gained recognition for being one of the most dynamic luxury construction companies in Nigeria as recorded by Channels Television, CNBC to name a few.

Sijibomi believes in the principle of giving back to society and empowering the people as exhibited in various social responsibility efforts setting him apart from his peers. 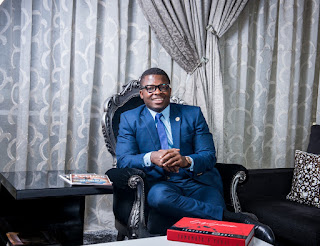 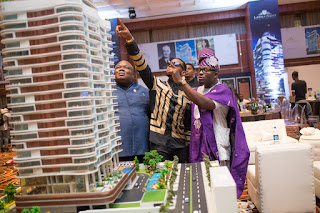 
The 35 years old Ladi Delano is a Nigerian businessman with interests in mining, oil and gas and agriculture. Ladi Delano is the Chief Executive Officer of Bakrie Delano Africa, the investment partner of the Bakrie Group, in West Africa, and primarily Nigeria.

Ladi has extensive experience of operating in emerging markets having spent over 10 years in Mainland China and Indonesia. Most recently, Ladi was the Equity Capital Markets Project Manager for Indonesian-listed oil company, Ramba Energy.

Ladi was previously a founding partner of DRG CIN ENERGY and Global DRG Capital, an investment vehicle with access to over $225 million in capital for energy related investments in the Asia-Pacific region.

At the young age of 22, Ladi founded Solidarnosc Asia, a China-focused drinks company specializing in vodka which went on to achieve over 70% market share in China and three other Asian markets and distributed to over 33 cities in China, achieving over US$22 million in revenue. 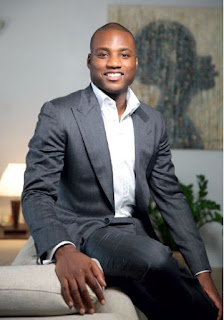 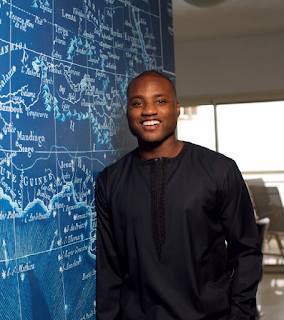 Igho Charles Sanomi II was born in 1975 in Agbor Delta State, Nigeria, the fifth child (and first son) of a devout Catholic family. His father, the late Dickens Oghenereumu Patrick Sanomi was a retired Assistant Inspector General of the Nigerian Police.

Mr Sanomi entered the world of business shortly after completing his Bachelor's Degree in Geology and Mining at the University of Jos in Northern Nigeria. He co-founded and held a position of Executive Director with Sarian Oil, an Oil Trading Company with its core activities in West Africa. During his time in this role he single handedly developed the company’s trading operations by negotiating the export and delivery of fuel oils from West Africa to the United States Gulf Coast. He also developed a strategic alliance with a major international oil trading group based in Zug, Switzerland. This partnership oversaw the import and export of millions of tons of refined petroleum products to and from the West African coast.

His vision and drive has turned Taleveras into a internationally recognized energy and power conglomerate, with offices in London, Geneva, Cape Town, Dubai, Ivory Coast, Abuja and Lagos. 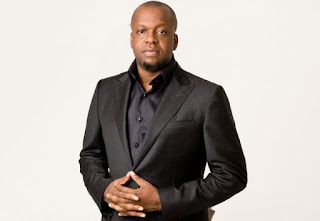 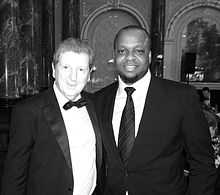 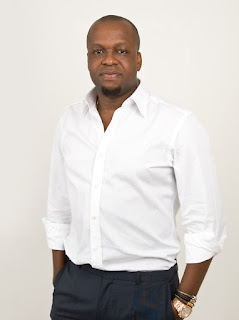