Chris Kwekowe who is the first child in a family of 5 very exceptional children (all boys) hails from Umuahia South Local Government of Abia State, Nigeria. He studied Computer Science at the Nnamdi Azikiwe University, Awka from 2011 - 2015. He also studied Global Entrepreneurship, Business Administration, Management and Operations in 2015 – 2016 at Massachusetts Institute of Technology.

He co-founded his first startup, Microbold – an innovation and research driven ICT solutions provider for Startups and SMEs, at the age of 19 with one of his younger brothers, Ebube.

Chris said he was offered a position as software engineer at Microsoft but declined it in order to build his own start-up, Slatecube, a website aimed at helping other young Nigerians find jobs.

"When I told him, Gates was intrigued and he smiled. After the programme, all the directors were like, ‘Dude, you mean you actually turned down a job at Microsoft and had the guts to tell Bill Gates?’ 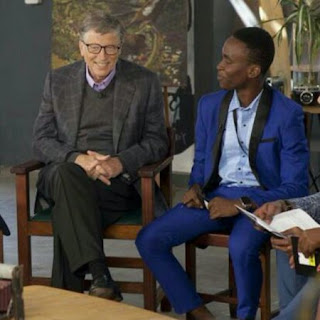 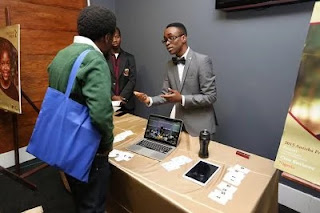 Chris narrated ''In 2014, twelve 300 level students – mostly my classmates interned at Microbold, my first startup. 2 months into the 6 months that the internship was meant to last, another of my classmates who had just arrived Lagos approached me saying he’d love to take part in the internship but due to distance he wouldn’t be able to make it. At that time, we had played around the eLearning phenomenon at the office, but on a very fundamental level.

It had most of the traditional e-Learning functionality – nothing new. Also, I have always had an issue with conventional education and how stereotypical I think it has been. I believe Education and Learning should be about developing skills that help tackle real-life challenges. It should be engaging, collaborative, industry-relevant, practice driven, and directed towards providing solutions to our everyday problems. I started thinking about a way forward. A way around the problem. That’s when an idea struck me. What if we could revolutionise education to reduce the amount of people who lacked jobs by leveraging online courses and virtual internship programs as tools to properly balance knowledge with skill acquisition, in order to promote a society that has individuals with skills to tackle its challenges, and eventually create value for them for doing so?

So I discussed the prospects with my younger brother, we came up with a blueprint, and we assembled some of our staff, interns and freelancers to work on researching deeper into the concept of Blended and Distributed learning – and other forms of eLearning. That’s how I started Slatecube – which has now been used in all continents of the world, and has offered course training to more than 2000 users (virtually and onsite). Hundreds of those trained have interned or have been attached with real organisations, and 80% have high test, project and implementation scores (“A”s).

Slatecube help individuals develop new knowledge or build on already existing knowledge and then expose them to industry-relevant skills with hands-on training from real organisations in order to make them more employable and improve their social and economic relevance.

For instance, Anita who is a student at a University, and studying computer science is exposed to various core fields from which she selects her preference, say ''Web Development''. She would go on to complete an online training course on Slatecube on Web development after which she is tasked with developing a Web solution as a project.

Her project is then exposed to partner organisations who review it and decide if they are interested in placing her on a Virtual Internship Program (VIP). She can also request an organisation to see her work. Usually, Anita (as with all other users) have an 80% guarantee that their submission will be granted. Virtual Internships are more like conventional internships, just that they are done via the platform and require periodic submission of report which may be hourly, daily or weekly.

The duration is purely at the discretion of the organisation. During her internship, Anita would work on real projects with the rest of the staff at that organisation, specifically those concerned with Web Development. She would be exposed to common workplace factors like collaboration and deadlines and would go on to develop even more skills. At the end of her VIP, if possible she would be invited for an onsite evaluation.

At this point, the organisation is sure of her strengths and weaknesses and can make an informed decision on whether she would be a good fit for a job at the organisation. On the other hand, Anita has developed industry-relevant skills for her chosen field and can state her work experience on her CV. If offered a job, she may choose to return after school or anticipate even bigger offerings in the future.

Slatecube also provides aesthetically designed e-Learning environment for High Schools (Secondary schools) and Colleges (Tertiary institutions), and offers Virtual Training Modules for organisations to train their staff on professional training programs offered by leading institutes from around the world, without these staff members having to leave their current location, and their job duties thus cutting down on costs.

I faced several challenges when beginning my startup. First my age. Secondly, my physic could easily pass for a minor making it difficult for most people to listen to my proposition. In school, I have to sacrifice most of my school hours just to think and brainstorm about the idea – even during exams. Trying to get course content developers with little or no payments (I literarily had to come up with ingenious ways of paying them off in the end).

Organising Slatecube Bootcamps with personal cash and very lean cash allowances. Convincing Organisations to try out the platform and partner with us. Painstakingly reviewing the platform’s over 1 million lines of code in order to fix bugs and optimise its delivery algorithm. I never really had a perfect condition to build the platform. Additionally, my parent’s were concerned about our education – at some point they demanded I leave my younger brother so he could face his studies if I was no longer serious with mine. Of course most of these challenges are gone now – and my family is undoubtedly our biggest supporter. 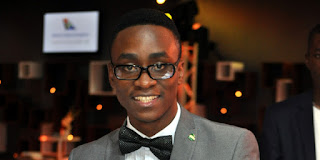 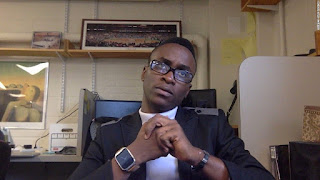 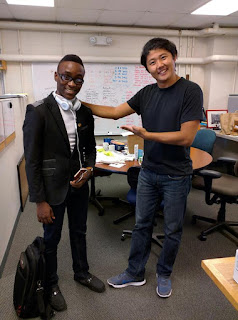 For investment enquiries you can send an email to info@slatecube.com. It is good to note that while we are very happy to partner with as many individuals, organisations and corporate firms as possible, we always look out for relationships targeted at fostering our goal of promoting self reliance, and social relevance for our customers.
at 02:02