Oresegun Olumide is a Nigerian hyper-realistic artist. Born in Ikorodu, a suburb of Lagos, Olumide's love for drawing and painting started when he was 4. He is an alumnus of Yaba College of Technology, Yaba, Lagos where he graduated with a distinction in Fine Art. He cites Pablo Picasso and Michelangelo di Lodovico Buonarroti Simoni as his role models.

Olumide started painting professionally in 2005. His drawing and painting are inspired by his environment, mostly using water as the principal theme of his works. Olumide currently owns an art studio in Ikorodu where he showcases his works and exhibitions.

On 8 March 2016, he received media attention in Nigeria and beyond after he posted some of his oil on canvas paintings on social media website Facebook. With over 18.7k followers and counting on Instagram, his work is fast gaining momentum online.

Water droplets slide down the faces of children in his paintings, as they stare directly at what you could easily believe is a camera. Water is a recurring theme in his art because according to a popular adage in his native Yoruba language, "water has no enemy".

The use of water gives a translucent effect and, he says, is "why it's difficult for many people to do."
Olumide pushes himself to create art that his community hasn't seen before and that is challenging for him. Drawing inspiration from his community, he is creating pieces that reflect the lives of those around him.

His work, he says, is "a gradual process," taking around two to three weeks to create individual pieces. "And depending on the intricacy I want to achieve, it can take a couple of months," he added. 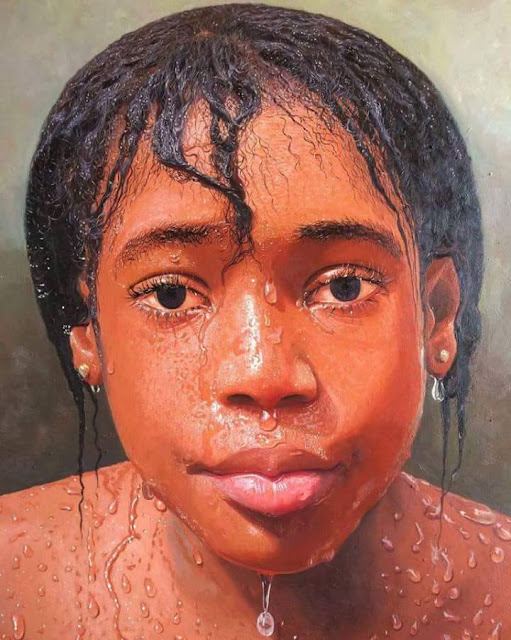 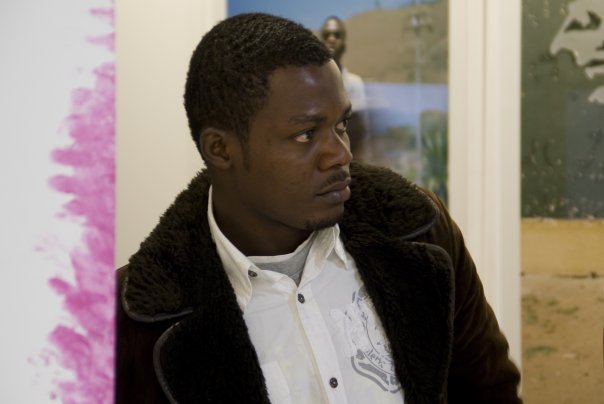 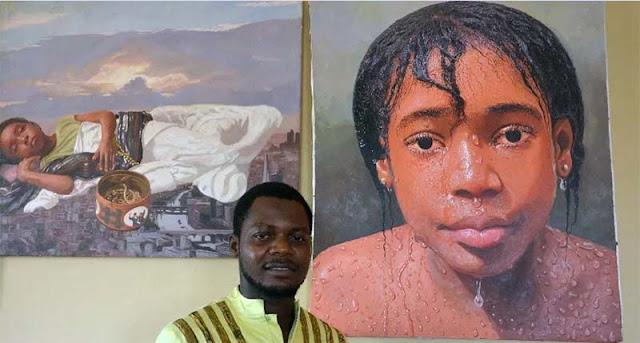 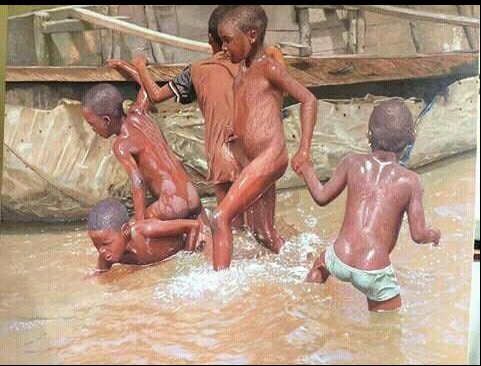 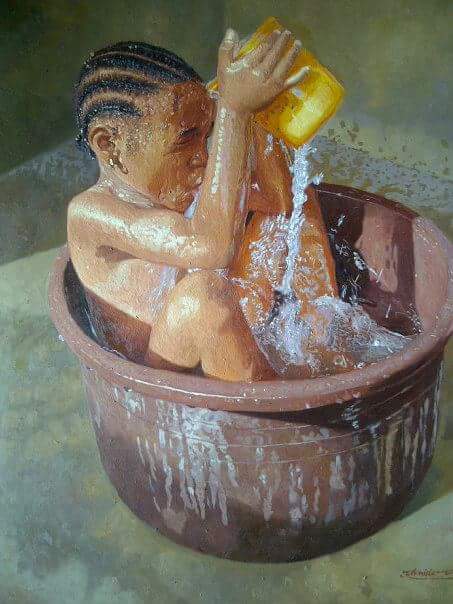 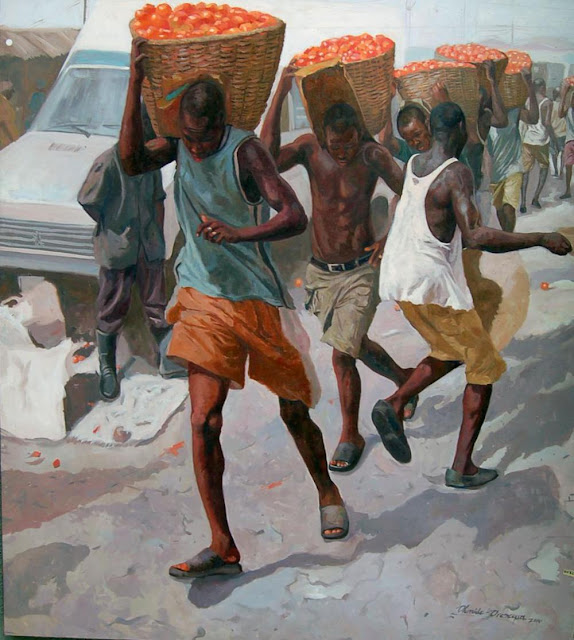 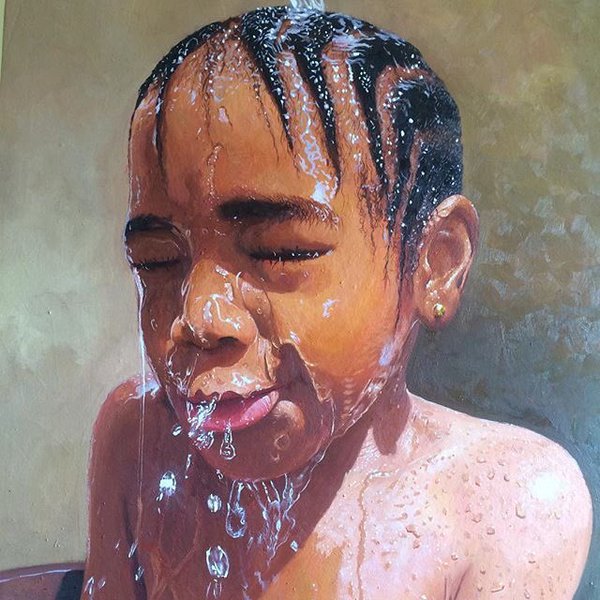 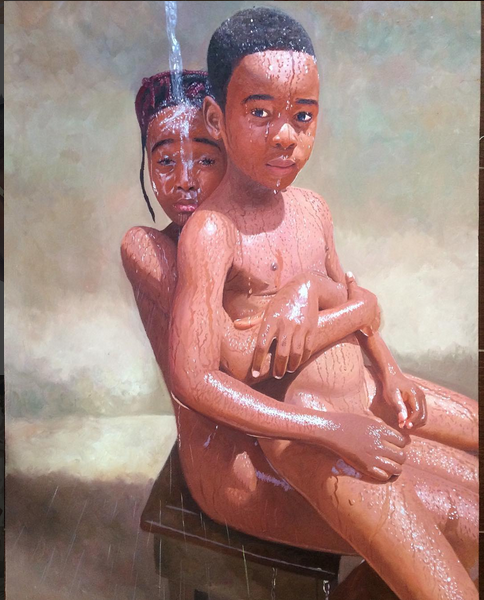 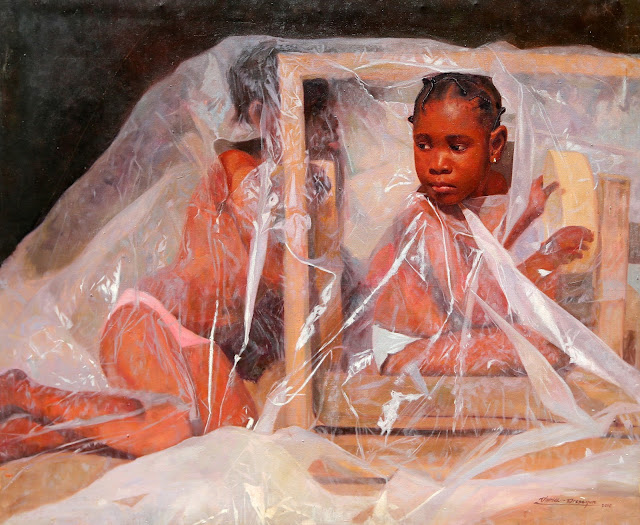 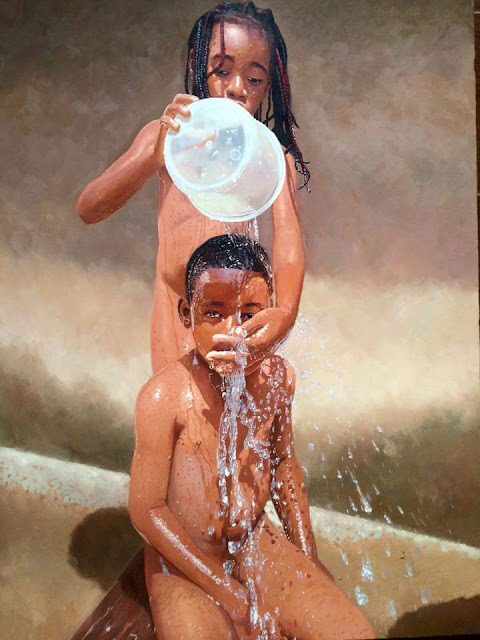