In the January edition of Mediaroomhub Magazine, Inspector Josephine Okeme was interviewed to tell her inspiring story to the world.

She is perhaps the most popular police officer manning a traffic post in Nigeria. It is very obvious that she is warm and dedicated to her duty as many people have sworn that she takes her job seriously and always has a smile for everyone. Her service point is in Sabo police station, Yaba, Lagos.

To her credit, she has won several awards which includes JCI-Lagos Awa da, Metropolitan-2017 Toppa Award and GTBank Nominate A Champ 2017 award.

Can you give us a glimpse of your background and growing up?

I’m from Delta state. I was born in Apapa Lagos and grew up there before moving to Okokomaiko where I spent the larger part of my life. I had my primary education in Ladylac primary school, secondary education in United Christian secondary school both in Apapa then attended a computer institute. I was popularly known as Grace Jones because of my hairstyle and my tomboyish look and character.

How long have you been serving as a police officer in the traffic control section?

I’ve been controlling traffic since 2011.

What was your exact feeling when you were posted to the traffic section?

I felt good because that has always been my reason for being in the police force.

Amidst enjoying the job, are you scared of possible occupational hazard for instance, a car hitting you?

[Laughs] Of course, I do enjoy the job and I’ve been hit by a bullion van in September 2017 but that wouldn’t be my sole reason for quitting the traffic section if I am to.

What led you to join the police force despite the negative impression?

When has been your happiest moment on duty as a policewoman?

Virtually everyday is a happy one for me.

How do you manage your emotions when people disobey you on duty?

I try to conceal my anger and tolerate everyone. I feel my work won’t go as nice as I’d want if I unveil my angry self. So I rather stop and warn trespassers than get angry because it wouldn’t be nice for both parties.

What has been the nastiest comment anyone has made about you on duty?

Well… it’s mostly in cases where the traffic light acts up and I try to control vehicles manually with my “baton”. For instance, when the light shows green instead of red and I try to halt vehicles with my baton, they question my work but I always try to explain.

No, there’s been no such time.

How many hours do you stay on duty daily?

I work for 6 hours daily.

When you’re not working, how do you relax?

I relax with my family. I have 2 girls and 3 boys. My last are a twin.

What excites you about life?

What excites me about life is when people do the right thing at the right time.

Where do you reside?

And you shuttle Ogun state to Yaba daily?

How supportive is your husband given how demanding your work is and the proximity to your residence, do you get home late everyday?

He’s quite supportive but sometimes gets angry that I neither have my own time nor give him attention but I try to pacify him but he’s understanding above all.

How did you meet your husband…was it love at first sight?

No, we’ve been childhood friends. We grew up and liked each other.

Doing a male-dominated job, do men often compliment you?

Yes, they always do.

Has the rigour of your job taken a toll on your health?

I don’t fall sick. I’m a sportswoman and we’ve undergone extensive training that shield us from sickness though sometimes my head would ache.

Have you ever encountered a former schoolmate while on duty?

Yes, I’ve encountered many schoolmates of mine and they’re elated about my job performance.

Do you guys gist/catch-up on times like that?
No, I don’t chat when I’m on duty. Probably before/after work but definitely not while on duty. No phone calls… nothing.

Would you quit the job if offered a mouthwatering deal?

Of course not. I will not, I love this job.

Do you have an active social life?
I actually don’t… I don’t party or hangout. I don’t have time for myself because my job runs the whole 7 days. Once I’m done with work, it’s family.

When you’re not on police uniform, how would you describe your dress sense?

I’m a casual person. I don’t like heavy attire.

What would you like to change/improve on yourself?
I’d like to work harder than I already am.

What are your plans when you finally retire from the police force?
I’d want to go into business but that’s definitely until I retire.

What has been your most heartfelt case that triggered your decision to serve Nigeria wholeheartedly?

Nothing basically, I’m just really into the job. The slur towards the police force doesn’t make me feel bad either. I love the Nigerian police force and I have no regrets being a policewoman. In my next life, I’d want to be a policewoman.

Imagine you were not enlisted at that competition, was there a Plan B?

I knew I’d keep running either way even if I wasn’t picked.

When did you start running?

Would you mind any of your kids being in the police force?

It’s their choice to make. My son is in the Navy.

What’s your advice to people on their impression about the police force?

The police isn’t bad basically. It depends on upbringing. People see you by whatever character that has been instilled in you.

If you’re to run a charity organization, what would be your focus?
My focus will be on motherless babies and orphans because as a mother, I wouldn’t want other kids to suffer because I love kids.

How do you feel about the numerous awards you’ve been winning?
I feel good about these awards because it tells that people see my work and appreciate it so I feel honoured.

Is there anything that really agitates you?

It would be when people lie. I can be diplomatic as a police officer but would never lie to you. I value the truth a lot. 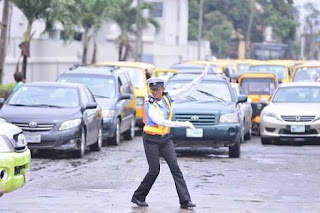 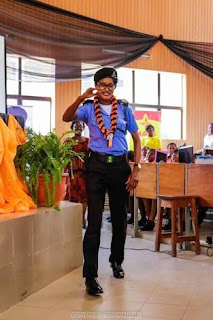 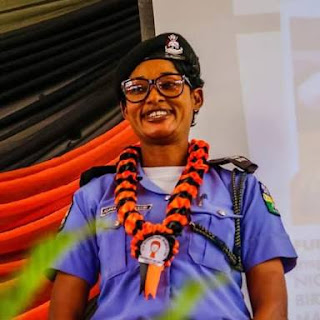 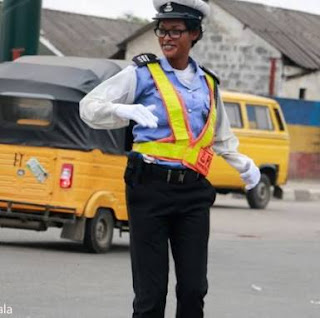 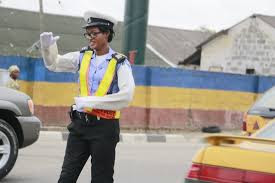 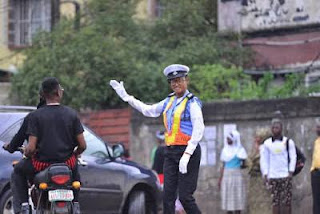 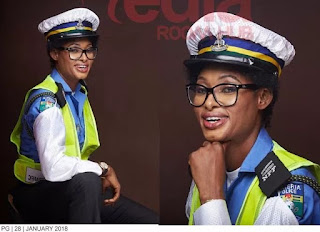 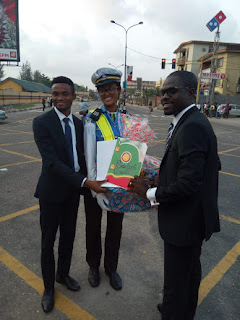 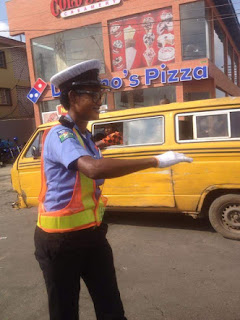