Meet ''Oscar Ukonu'' - The Nigerian Artist Who Can Draw Anything With a Pen.

Oscar Ukonu is a self-taught Nigerian artist skilled with the ball pen, in the genre of photorealism. He is the founder of OscarUKONU Studios in May 2014 – Present (2 years 9 months). Oscar is currently studying Architecture - Environmental Design at the Imo State University, Nigeria.

He started drawing at the age of 9, as a hobby. He started with graphite pencils like traditional artists do but proceeded to use ballpoint pens. According to him, he uses a ball point pen because of the steadiness of the ball point and how it gives him more control over his pieces.

A first look at these pictures will make you jump into quick conclusion that they were captured by digital cameras. Well, the eyes, hands and a ballpen have begun to produce portraits that are as good as those produced by regular cameras.

I started with the Ballpen as my medium in 2014, not because of any form of perfection as always misunderstood, but because the Ballpen was a piece of tool I felt more comfortable working with, rather than the graphite pencils I started off with. With photorealism as my genre of art, the ballpen's definite and steady ''ballpoint'' feature gives me more control than any other material.

Before the ballpen meets with the plain white paper, Oscar studies every detail on his subject's face for at least two days to help him connect with the personality, most times using their photos as wallpapers on all his devices just to keep that connection through out the drawing process.

This is the technique that helps me have a foresight of what the artwork will look like even before drawing, which then gives me an added ability of drawing from memory with the reference photo as my guide. Then I draw all I have seen for an average of 100 to 120 hours.

Currently in Oscar;s portforlio are works on Prof. Chinua Achebe; former President of Nigeria, Goodluck Jonathan; Dr. Stella Adadevoh; President of Nigeria, Mohammad Buhari and a host of others, which were all inspired by how much the personalities have sacrificed, influenced and contributed to the growth and development of Nigeria, Africa and the rest of the world.
He looks forward to adding more  personalities to this list and exhibiting them, in order to keep honouring their selfless acts. 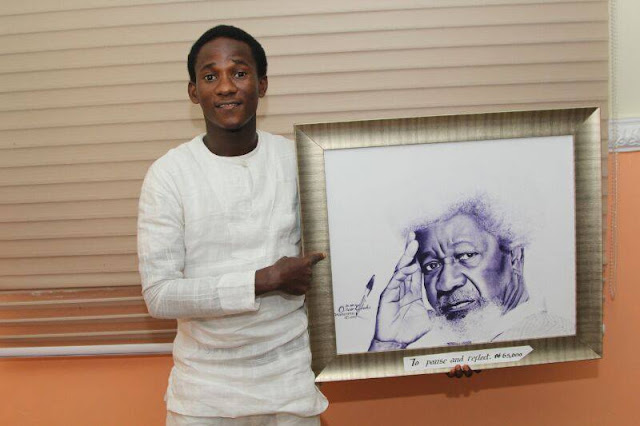 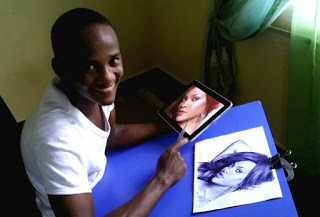 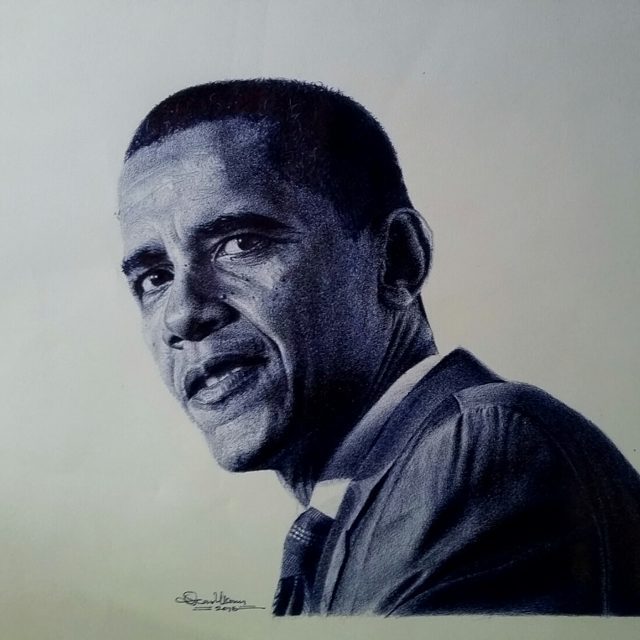 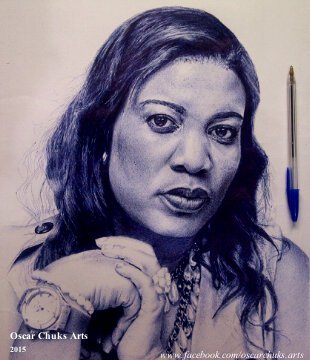 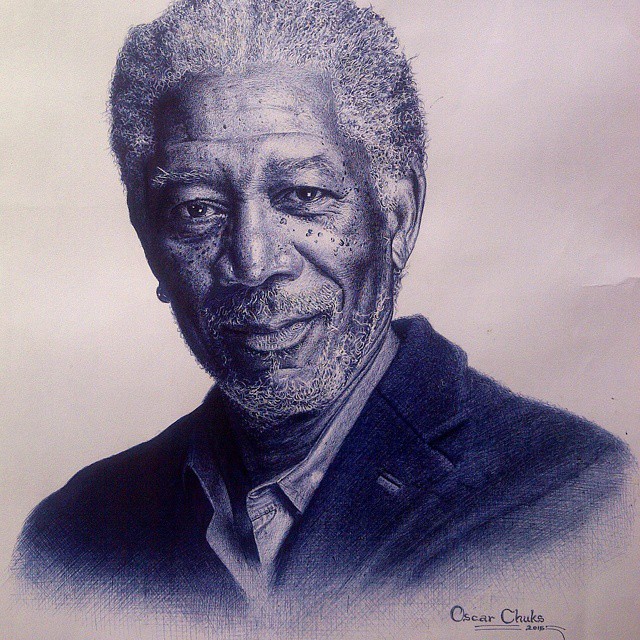 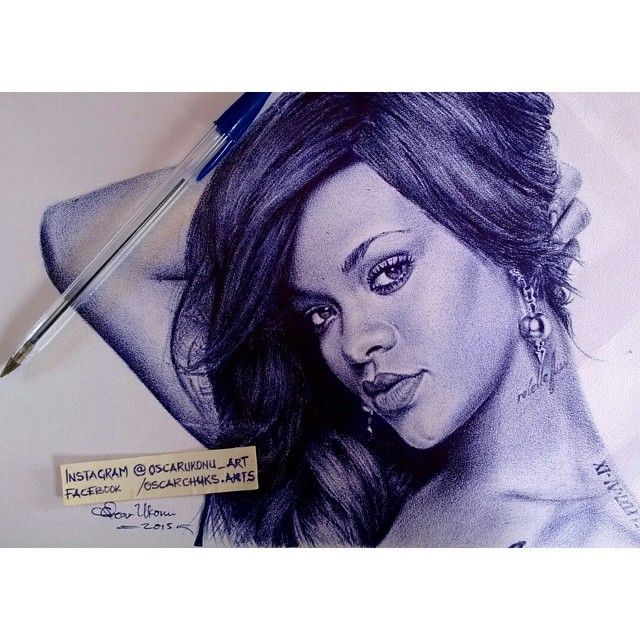