Sanni Sheriff is the founder of Sannikayz Kitchen Limited, a mobile restaurant and event catering services in Lagos and its environs. Sheriff is a caterer with vast experience in event services. He is from Ondo state and the second child of his parents. His Dad is a Marine Engineer and Mom, a business woman. He is an Engineering graduate of the University of Lagos.

Hear what Segun has to say about his Entrepreneurial journey;

How did the sannikayz kitchen come into existence?

Before I talk about how sannikayz kitchen started, I would like to talk about how business started for me. Business for me started a long time ago while I was still in primary school. I used to make paper toys, and sell them for five Naira. So I would say business has always been in me. I wasn't selling those toys because I needed the money, but just for the love of it. In my second year in school, I started a small business in the hostel. I used to sell what I called jamwich, which was actually sandwich. It was a combination of bread, butter, jam, egg, and sardine. I sold it for N60 and also did home delivery. Afterwards, the Sannikayz kitchen started business officially in September 2011. So to answer your question, I would say sannikayz kitchen started with my love for business.

How did you raise cash to start this business?

I can remember asking my Dad for capital to start up this business but he refused. So in order to raise cash, I had to go to that railway in Yaba, I think that place has been crushed right now. I went there with my shoes, some of my clothes, and a lot of other things. Sold them to generate some money to kick off this present business. I was able to raise like ten thousand Naira from the sales of my belongings.

Does it mean that your parents were not in full support of you starting up the restaurant business?

My Dad wasn't in total support because all he wanted for me was educational excellence. My mom gave me her full support. As time went by, my Dad discovered I was doing pretty well educationally and excelling in the business, so he got encouraged to support me morally and financially.

What were the challenges you faced when you were about starting this business, and what are your present challenges?

While starting, we wanted to connect to the elite. We wanted to connect with the big clients. But the fact that we were small really limited and hindered our chances of getting such. We couldn't connect to our target market. But I thank God because presently that’s history. At the moment, our major challenge is proximity and also fund. There are lots of better equipment and fresh products which are yet to be discovered in Nigeria that we plan on bringing in to make work better, easier and faster but fund is what has been delaying it. It is gradually being resolved by the help of some of our sponsors but I would say, more is needed.

What are these new products that are yet to be discovered in Nigeria?

I won’t like to talk much on that because it is part of our competitive advantage. All I would say is, they are products that are really new to our environment. So relax, and allow us surprise you.

What have been your greatest achievements so far?

First, I will like to thank God almighty because from this little we have done, it has brought us a lot. Right from my second year, I was nominated in the university of Lagos Engineering society for the most influential student of the year, after that I had a nomination from PING awards, Sheraton entrepreneur of the year. I won creative man of the year in the under 30 achievers awards in 2013. I won university of Lagos Engineering society entrepreneur of the year, in 2014. There have been a whole lot of achievements down the lane. I have gotten couple of calls from the US, people are talking about partnerships, and all. So the achievements have just been coming in year in, year out.

In the business world, is there anyone you look up to as a mentor?

My number one mentor, is my Dad. Even though he is a serious Marine Engineer, he is also a serial entrepreneur. I won't lie to you, he has invested his money into various businesses, which has actually been working for him. He is someone who can put life into crap. He is a great risk taker. Secondly, my grand mentor is Aliko Dangote. I do my research on him almost everyday. He has really set a pace for young entrepreneurs like me. If we can have 20 kinds of Dangote in Nigeria, our country's dreams would be attained. Dangote is my grand mentor, while my dad is the junior mentor.

Was there ever a time you considered giving up on the sannykayz business, and what was that thing that kept you going?

Every entrepreneur would have had issues with giving up, as a result of several challenges. And I must say I was really close to giving up. Because at a point the patronage level dropped badly. I wasn't making any profits, workers needed to be paid, and all. Those were really frustrating moments. Secondly, my grades in school were suffering at one point because I was putting all my time into business, trying all my best to make it grow to the standard I dreamt of. That period was really discouraging but what kept me pushing was the believe people had in me. People just walk up to me and say, I really love what you are doing. You are dedicated, you motivate me and you inspire me. So it would make no sense if I wake up one day, and say I quit because that would be killing the dreams of Nigerians who look up to me as a motivation.

What are your aspirations for this brand?

By the Grace of God, we intend to be the biggest food brand in Nigeria, having our services in every event, restaurants and mobile services.

Any advice for those who see you as a mentor?

I know a lot of people are presently facing challenges in the business one way or the other. I would want to encourage them to keep pushing and never consider giving up because that’s the only way to be a successful business person. 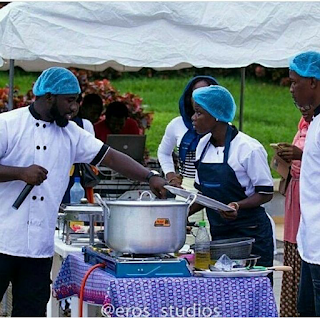 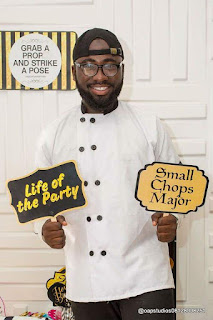 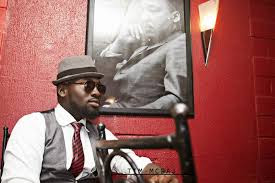 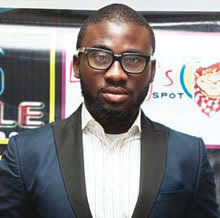 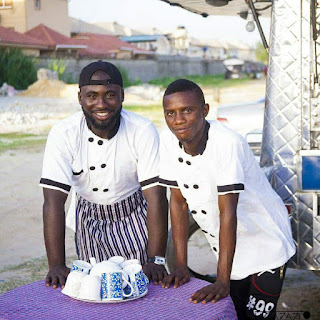 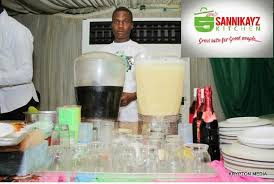 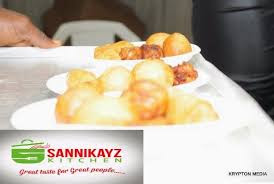 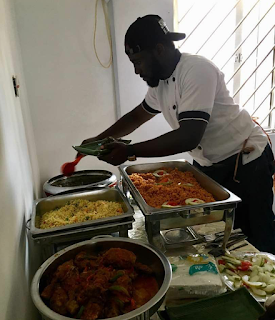