Sarah Adegoke is a young and talented Nigeria tennis player. She was born in 1997 and brought up in Ibadan, Oyo state, Nigeria where she learnt to play tennis through her father, Mr. Adedapo Adegoke.

Sarah is currently the highest ranked tennis player in the women's single category according to Nigeria Tennis Federation.

She explained the challenges she had experienced as a young female tennis player in Nigeria. My greatest challenge had been trying hard to balance my tennis training and my academics, which has not been easy. In Nigeria, it is a big challenge to be an athlete because of lack of good equipment to train with and  lack of tennis infrastructure, tournaments and sponsorship.

My Dad is still a big part of my tennis development, but because of a number of factors like his age, bad knee, as well as the stress of travelling back and forth for tournaments he no longer travels with me to train me.

Sarah started representing Nigeria in 2010, and by 2014 was the highest ranked woman in Nigerian tennis. Serena Williams is her biggest motivation in the game. Sarah was the first runnerup in the senior women's category at the 34th edition of the CBN Tennis Open Championship in 2012. She is also one of few Nigerians to have gotten to the finals of the Governor's Cup Lagos Tennis, a feat she accomplished in 2014, losing to Zarah Razafimahatratra of Madagascar in the last game. At the 2014 Ikoyi Club Masters Tennis Championship, Sarah who was 16 at the time, caused an upset when she won the 2013 CBN Tennis Open Championship winner, Ronke Akingbade in the women's single final.

In February 2017, she won the Ikoyi Club Masters Tennis Championship. Later in the year, she won the senior women's single category at the 39th CBN Tennis Open Championship, defeating Marylove Edwards. By December 2017, she defeated rival, Blessing Samuel, 6–3, 6–3 to win the Rainoil Tennis Open at the Lagos Country Club.

In August 2018, she was ranked first and third in the singles and doubles category according to the Nigeria Tennis Federation. 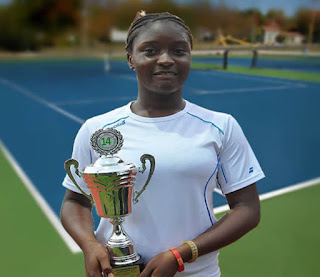 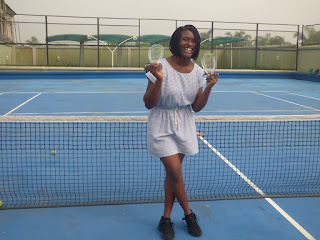 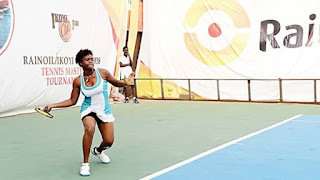