Oluwatobiloba Daniel Anidugbe, professionally known as Kizz Daniel is a Nigerian singer and songwriter. He was born on May 1, 1994 in Abeokuta Ogun State, Nigeria to the family of Kola Anidugbe, a popular artist and art-educator in Ogun state. He attended Abeokuta Grammar School then proceeded to Federal University of Agriculture, Abeokuta (FUNAAB), where he studied Water Resources Management and Agrometeorology (Water Engineering). He graduated in 2013, and started his music career fully.

He is best known for his singles "Woju" and "Yeba". He went by the stage name Kiss Daniel prior to changing it in May 2018. He signed a record deal with G-Worldwide Entertainment in 2013, but left the label following a publicized contract dispute and court case. He founded the Fly Boy Inc record label in November 2017. In 2018 he signed in new acts – Ademola Adetungase and Philip Ahaiwe Chukwuja professionally known as Demmie Vee and Philkeyz respectively.

Daniel started developing interest in music at age 11 and in 2013, he started music professionally after graduating from higher institution. It was the time he met the G-Worldwide Entertainment CEO, Emperor Geezy, who then signed him under his label. Under G-Worldwide Entertainment label, Kizz Daniel released his debut single titled shoye on May 1, 2014. It was produced by Beatburx and directed by MEX. Then, on Sept. 1, 2014, he produced his sophomore single- woju. 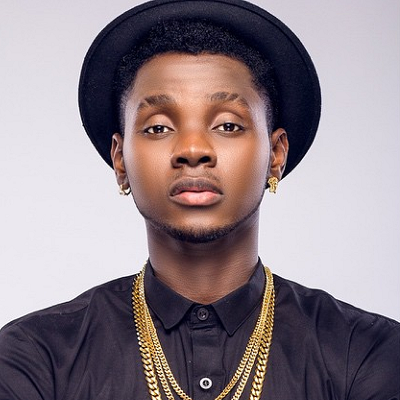 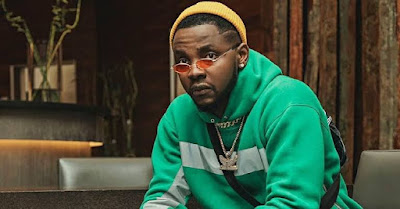 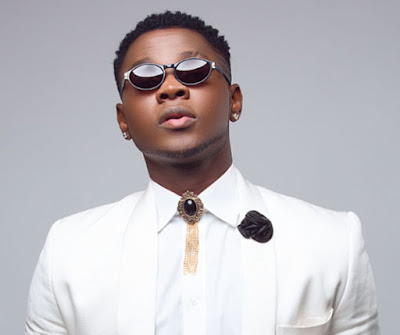 Kizz Daniel released his second single woju in Sept. 2014 after shoye. Woju became a hit and brought him to limelight. It was produced by DJ Coublon, released by G-Worldwide and the video was directed by Adasa Cookey in Lagos. Woju debuted on MTV Base Naija Top Ten for eleven weeks and six weeks at the number one position. Later on, he recorded and released a remix version of the song woju. This time, he featured Davido and Tiwa Savage. The remix debuted at number 1 and 2 on the MTV Base Official Naija Top 10. It was the first time an original song and the remix version will debut at the first and second positions on the chart.

Kizz Daniel released his debut studio album, (New Era) on May 14, 2016 under the G-Worldwide Entertainment. The album contains four hit singles; Woju (2014), Laye (2015), Good Times (2015) and Mama (2016). Also, it was produced by DJ Coublon, Young John, Beatburx, Jay Sleek, Masterkraft, and Kimzbeatz. In June 2016, the album debuted at number 8 on the US Billboard World Album Chart. New Era is a mixture of hip pop and afro pop and Sugarboy was the only guest that featured in this album.

Kizz Daniel released his sophomore album on Nov. 30, 2018 under his label, Flyboy Inc. He featured artist like Davido, Philkeyz, Diplo, Nasty C, Diamond Platnumz, Sarkodie and Wretch 32. The album is centered around his humble beginning and his journey to stardom. Also, the album have 20 track listings and some of the songs on the track include; One Ticket ft Davido, Poko and Maye.

“I love music. I want to listen. I want to learn. I experiment with sounds. I listen to all kinds of music; Konto sound to Afrobeat. From the likes of Fela Kuti, Plantashun Boiz, Danfo drivers, Zulezu and Afropop.”

"I have been able to merge Afro soul, Afrobeat and hip hop to create my own genre of music. We are Africans, we are cultural people. Afrobeat is like the African spirit. It’s really really personal to Africans."

“I use comedy to get away from the pressure of the industry. I use comedy so people can see that this guy isn’t that uptight. He’s actually a free guy.”

“The title of the first song I ever wrote was 'Kudi'. It was about my first relationship. We ended up breaking up so I wrote a song for her.”

“It took three months before ‘Woju’ became a hit song. My boss was all positive and energetic. He said this is the song, this is the hit song."

"‘Woju’ was a high-life tune and ‘Laye’ was more like a Makossa tune. Social media went wild, saying Kiss Daniel is doing the same sound and everything. So I went back to the studio and then created ‘Raba,’ which was more like the high-life sound. So it was totally different.”

"I think the most important for me when it comes to music is touching lives."