Ronke Bamisedun is the founder of BWL Agency, a leading Public Relations agency based in Lagos, Nigeria. She is a PR consultant, one who is skilled in strategic brand development and communications, coupled with a wide range of experience covering music, fashion and consumer goods.

Ronke has had the privilege of advising multinational companies such as Pandora, Moet Hennessy, Pernod Ricard and Universal Music Group as well as many non-governmental organizations. Ronke has worked for major stores such as TopShop, interned at different music PR agencies in London, then later interned at Grayling, a leading global communication firm.

She launched out her career at Kaizo PR where she worked as a consultant, managing several clients such as House of Marley and Trivia, handling their social media accounts, being part of their management team and going to events with them including London Fashion Week. With a passion and flare for fashion, it was no surprise that she went on to work in fashion, working for iconic designer Diane Von Furstenberg as well as retail giants, Selfridges and Matchesfashion. Ronke also worked with high street giant, Topshop as a personal shopper, bringing forward her media skills to deal with its celebrity clientele.

Ronke was also listed in the 2018 class of Forbes 30 Most Promising Young Entrepreneurs in Africa. She is a typical beacon of intelligence, class, beauty and an astute entrepreneur that stands as a source of inspiration to African entrepreneurs and youths. 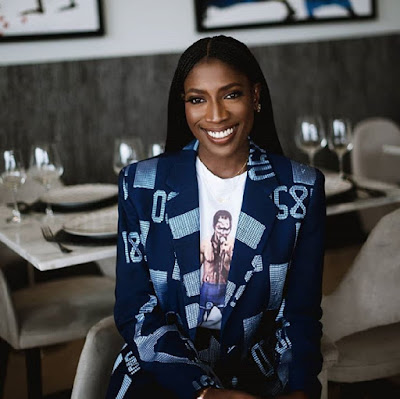 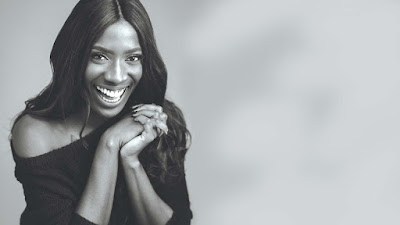 "My younger years were spent in Lagos where I went to St Saviour’s School Ebute Metta and then unto Vivian Fowler Girls College before I moved to the U.K to finish my studies. My formative years, I would say was spent in U.K. I have a B.A degree in Media and Communications (Public Relations) and I hold a CIPR Diploma in Public Affairs and Political Communications.

I’ve been working since I was 16 years old and yet to take a break from my career. My first role was at a Butcher’s store in London – well, I wanted the extra cash and so worked there on the weekends. Then I went into fashion and worked for a bunch of High street stores. Right about the same time, I was struggling on my course in Business school, I hate numbers and anything qualitative so I took a year out to explore Communications which was the best decision I ever met. I interned in a couple of music PR agencies in London. Can you imagine getting to meet some of your favourite artists?

Eventually, I got my first PR job with an agency called Kaizo PR where I worked on some amazing accounts such as House of Marley – a range of products by the Bob Marley Family. I moved back to Nigeria four years ago and took on the role as Head of PR for the InterContinental Hotel and last year I joined Grayling a Top global agency where I headed the Nigerian team. I now run BWL Agency – the exclusive affiliate of Grayling in Nigeria. We look after the Pernod Ricard Nigeria Portfolio handling some fantastic brands such as Jameson, Martell, Chivas and Absolute Vodka.

Live your life. Do not let culture, tradition and people’s opinions stifle the person you can be. See the world, get out of doing the same things. Make mistakes, learn from it. Fall and then pick yourself up.

Importantly, please get out of the mindset that you need a man to be ‘set’ in life, that you need to marry a rich man to give you the things you need. This is something I’ve heard so many times in this environment. No you don’t, all you need is your brain and prayers."