Meet ''Daniel Nkemelu'' who graduated with 7.0 CGPA from the University of Ibadan.

Daniel Nkemelu Kelechukwu also known as Oluwaseun is from Nnewi-North local government area in Anambra state. He was born and bred in Ajegunle, Lagos. Daniel attended Owhenama Educational Centre before moving on to Holy Family Private School to complete his primary education. He attended Chiben Comprehensive College before moving on to Rolex Comprehensive College (both in Iba, Ojo, Lagos) for his Senior School Certificate Exams. He attended Yaba College of Technology where he had a distinction in Computer Science, National Diploma (2010 - 2012). He graduated with a 7.0 CGPA in Computer Science at the University of Ibadan, 2013 - 2016.

Daniel is a Full-stack Web Developer and Technology Enthusiast. He did his internship at Unified Payment Services Limited as a Software Analyst Intern from January 2013 – September 2013. He was also an intern at Delivery Science Inc. as a Software Developer Intern from August 2015 – February 2016.

I converted my native name (Kelechukwu) to Yoruba, that is why I have Oluwaseun as my other name. I love the Yoruba culture, I’m very Nigerian. My dad, Mr Daniel Nkemelu, is a business man and my mum, Mrs Augustina Nkemelu, is a caterer and fashion designer. They are based in Lagos. I can talk about how amazing they are all day, but let me simply say, they are God’s gift to me. My siblings and I were brought up with full and proper parental guidance. We were taught about morals, honesty and love for every man. These are useful qualities in today’s world. I’m fifth of seven children, four boys and three girls. I’m the third boy and fifth child. Some are married, some are working, my younger ones are schooling.

Studying at the University of Ibadan is a rigorous process. It is challenging and interesting. My initial intention as a freshman was to do well and hopefully get a First Class result. However, after my first session, I started having loftier dreams to become the overall best… In the end, I was able to achieve it by making a 7.0 CGPA. The University of Ibadan started in 1948 as an extension of the University College, London. UCL used a 7-point scale at the time and we aligned with it. I heard there are plans to switch to a 5-point scale soon, though, I’m not an authority on this subject.

Growing was fun because we had formal education at school, informal education at home and ‘street education’ on the streets. I attended Owhenama Educational Centre (a low-cost makeshift school for children from low income homes) before moving on to Holy Family Private School to complete my primary education. For my secondary education, I attended Chiben Comprehensive College before moving on to Rolex Comprehensive College (both in Iba, Ojo, Lagos) for my Senior School Certificate Exams. My WASSCE result was not outstanding but it was fine enough to earn me a place in Yaba College of Technology, where I earned a National Diploma in Computer Science before moving on to the University of Ibadan. I had two distinctions and six credits.

I wrote UTME twice. I missed out the first time. The second time I was admitted to Anambra State University and Yaba College of Technology, I chose the latter.  The reason I chose the later was because, I was guaranteed better practical application of the course at Yaba College of Technology and then there were rumours of a possible conversion to a university of technology, it eventually didn’t happen though.

Yaba College of Technology was a nice experience. The knowledge I gained was very influential to my success at the University of Ibadan. My reading pattern was very dynamic. I didn’t have a fixed time or location. My kind of course requires broad understanding of concepts and practical application, so I could spend the whole day programming or reading tech blogs and reviews. I visited the school library occasionally because it was conducive and distraction was minimal. I also held periodic tutorials that made me read in depth, so I could explain properly to others.

The cultural diversity at the University of Ibadan is amazing. I made a lot of friends and met lots of amazing people. I was not overly outgoing but I attended many events on campus. From Electoral Campaign events, Campus Blasts, Variety Nights… Social life was balanced.

My short term plan is to serve (NYSC) and then get a Masters (or higher) degree. I strongly believe that technology has a huge role to play in Africa’s rise to dominance and shared prosperity, so I have to equip myself with the necessary experience and exposure to be world class. I’m open to new ideas and I believe I can make impact from anywhere, either as a Software Engineer in San Francisco or a CEO in Yaba.

I learn from lots of people. No single person holds that monopoly. From the wisdom of my dad to the love of my mum, the intelligence of W. F. Kumuyi who finished from my school and Faculty and the calmness of E. A. Adeboye, the speaking prowess of Barack Obama and the charisma of Nelson Mandela. These people are great examples to me and many others. I always tell young people; define what success means to you and give it what it takes. Everyone may not end up as perfect CGPA holders but everyone can excel at something. Be it in leadership, programming, entrepreneurship, public speaking, academics, writing, entertainment and the likes. Be open to learn and do your best to make a difference. 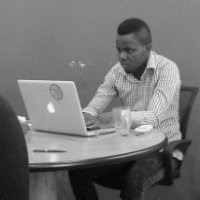 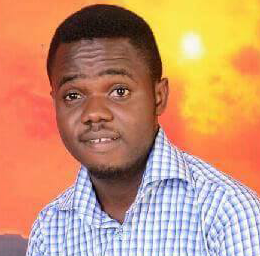