Though born to parents from Ututu, Abia State, Okore spent most of her childhood years growing up in the university town of Nsukka in south-eastern Nigeria, where both parents worked as academics. From the time she returned to Nigeria from Australia at the age of four, she became highly perceptive of her surroundings. The Nsukka environs helped her develop a consciousness for rich, tactile and vibrant materials. For most people living in her vicinity, the sights of dilapidated mud adobe houses with zinc roofing, or piles of firewood accumulated against a broken structure or even people clad in ragged cloths were familiar yet insignificant. For her, these were bewildering and captivating. She was also enamoured by the hilly and rugged terrain that possessed stimulating vegetation.

Living in the senior staff quarters located close to the campus borders and the rural population, she was in constant contact with the off-campus community. She was drawn to local activities in the market places not far from the campus borders. She found inspiration in the landscape, the architecture, culture and language. This social space shaped her visual sensibilities, enabled her to interact with the villagers on a daily basis and learn the processes of engaging everyday tasks. Beyond that, she was quiet fascinated with the natural setting and topography. Today, her works employ a range of environmental materials like clay, rope, fabric, sticks and paper, which she frequently came across while at Nsukka.

Her largely abstract sculptures are inspired by textures, colors and forms within her immediate milieu. Finding reusable value in discarded materials, Okore enriches her work with layers of meaning through familiar and painstaking processes. She sometimes relies on the use of flotsam or discarded objects, which are transformed into intricate sculpture and installations through repetitive and labor-intensive techniques. Some of her processes including weaving, sewing, rolling, twisting and dyeing were learned by watching local Nigerians perform daily tasks. Most of Okore's works explore detailed surfaces and biomorphic formations.

She has received several national and international awards and been shown in numerous prestigious galleries and museums within and outside the United States. She was a 2012/13 recipient of the prestigious Fulbright Scholar Award, which resulted in a year-long project in Nigeria. She was recently featured in the International Sculpture Magazine.

According to her, she does not create artwork because she wants to sell but rather creates artwork because she is moved in her spirit to do so. ”Sale is secondary to me. It is not a priority that I sell my work. When I make my art, am not bound by form or structure” 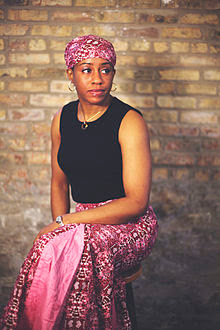 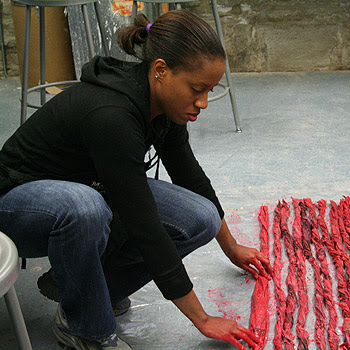 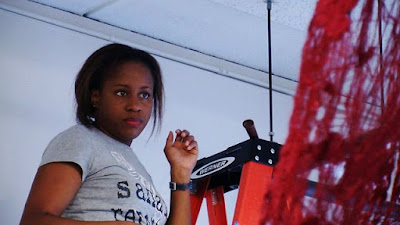 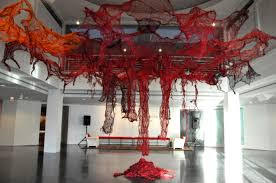 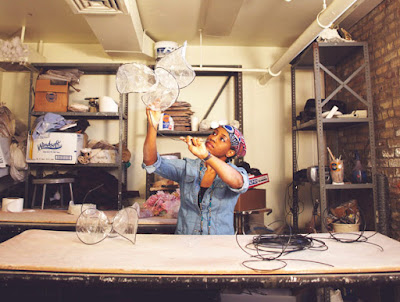 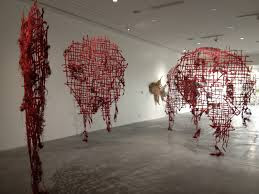 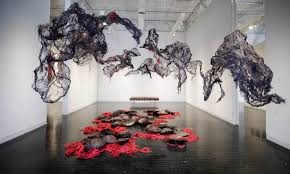 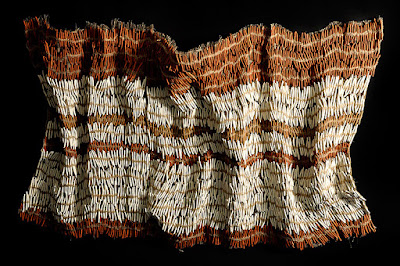