Meet ''Seyi And Seun Abolaji'' – Started Wilson Lemonade Company With Less Than N2000 But Now Has A Factory Worth Several Millions Of Naira.

Wilson lemonade is a popular brand you can find in major stores in Nigeria, most people that drink Wilson lemonade assumed it to be a foreign drink because of its super taste and superb branding. They started Wilson’s Juice Company in front of their house with less than N2000 which they use to buy juice extractor and some lemon fruits. Their first product, Wilson’s lemonade, is growing in popularity and can now be found in over 140 locations in Nigeria.

They were born in Nigeria and moved to the United States as young kids. Seyi moved to Atlanta for college where he attended Emory University and later bagged doctorate degree in Pharmacy before moving to Nigeria.

They moved back to Nigeria and first began working with palm kernel, but that business fell apart. They then thought of doing orange juice. One day, Seyi saw fresh lemons in the market and said to his friends, “Wow. I haven’t had lemonade in a while.” So they made a fresh batch and a neighborhood kid walked up to them and asked what they were making. They let him taste some and he liked it. He came back a few minutes later with four other people and that’s how it started. They started off with a plastic lemon squeezer and they would hand squeeze the fresh lemons. They would sell lemonade in cups and actually made pretty good money doing that. They had eleven people working with them, but it was hectic. It was difficult to make it quickly enough and it was hard to keep track of what they sold so Seun suggested bottling it. They made their first ten bottles and only sold two. Their staff wanted them to just stick to cups, but Seun insisted on bottling the lemonade and it soon caught on.

They were initially using recycled bottles, but they wanted their bottles to be distinct, so they had a mold created in China, which they use in producing their bottles here. Everything is produced in Nigeria; the bottles, the lemons, the hibiscus flower (zobo) they use for their pink lemonade, and the pure cane sugar. It’s all natural and all Nigeria.

There are so many challenges. Talent for one thing. It’s hard to find good people. We have managed to do that up to this point. We have a good team, but as we grow, finding talent is a struggle. Another major challenge is distribution. It would be great to just focus on manufacturing and have someone do the distribution, but we might end up having to distribute ourselves. Marketing and creating brand awareness are also challenging. Convincing people to give you shelf space and then getting the customer to buy your product are challenges. People say “You guys are everywhere!” but we are not.

We are also trying to tell a story with our products, so you’ll see that the label has a short story on it. When the product was being approved for the Nigerian market, we were encouraged to take off that story. The lady said “You are wasting your time. Nigerians won’t even read it.” However, we have found that customers have connected with the product from that story.

And of course, we have positioned our product as a healthy alternative to what’s out there, so go and get yours now!!! 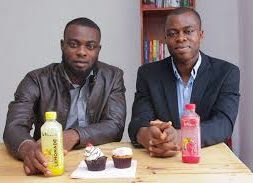 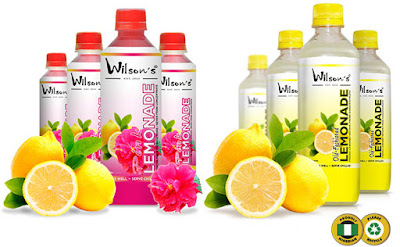 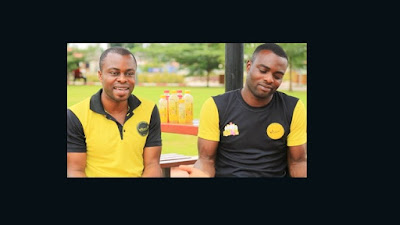 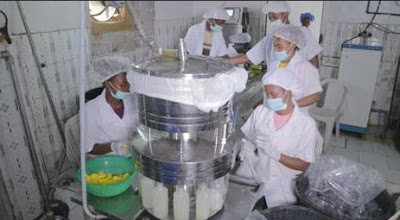 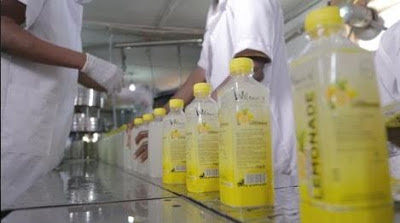 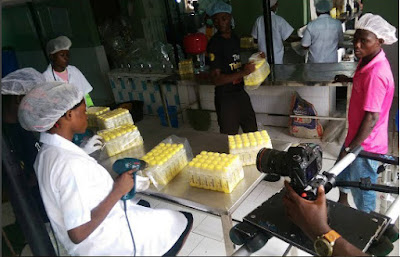 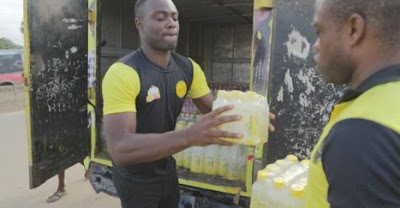 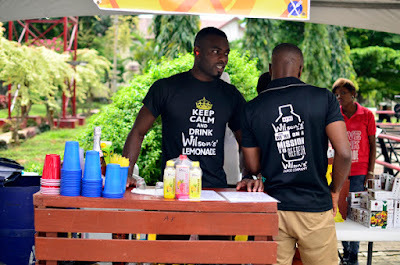