As a visiting lecturer at the University of Wolverhampton, she gives career advice and offers work placements for students.

‘I Love My Pharmacist Award’


‘The I Love My Pharmacist’ award was created by the Royal Pharmaceutical Society, the professional body for pharmacists in Great Britain, to showcase and celebrate the great work that pharmacists do for their patients across the country. It actually celebrates Britain’s best pharmacists.

I was shortlisted by an expert panel to become one of 23 regional finalists back in June 2016. The members of the public then voted for their favourite pharmacist. I won the regional award for midlands and east. In September, the other five regional winners and I had to present to another expert panel that adjudged me the national winner.

I was privileged to have won two awards at the Chemist and Druggist (C+D) awards: the Community Pharmacist of the Year and Pharmacy Manager of the Year. I also won the public health pharmacist of the year at the Royal Pharmaceutical Society Awards. I have also won many local and other national awards below; 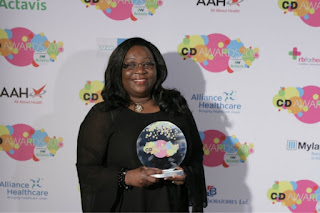