Ajayi Joshua Oluwatobi is the first child in his family. He was born in 1988. He attended Nigeria Navy School for his Primary and Secondary education. He studied Soil sciences and Farm Mechanisation from 2004 - 2010 at the Olabisi Onabanjo University. He currently just completed his Masters of Business Administration, MBA at the Lagos Business School, Pan-Atlantic University, Nigeria. 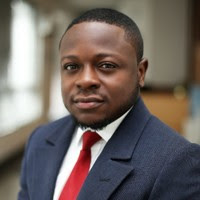 After Tobi finished his WAEC exams and was waiting for NECO, he had free time, so him and his friends decided to play Monopoly. They played the game practically every day and according to Tobi, the game changed his perception about life. He realized that just saving money cannot provide financial freedom and comfort. The game taught him that money is a very important tool but it is useless if not properly invested. He learnt that money should be invested to earn more money because if you just save, those that invest will return to take all the money you have been saving, and you will continue to live for the next game round, which is like the next payday in reality.

Tobi who is a respected figure in the automobile industry in Nigeria resigned from his position in 2015 at Mercedes-Benz to start a new Nigerian auto brand because he wants the world to know that Africans can do things efficiently and at world-class level. This decision was after his trip to Mercedes-Benz factories in Europe and Asia. He realised that with hard work and focus, we can build our own Nigerian global and reliable auto brand.

In April 2015, together with some investors, Tobi started Jetvan Automobiles Limited to take the Mercedes-Benz vans sales and after-sales to the next level. He was at Jetvan as CEO until April 2018 when he left the company to enable him focus on building his own brand and company "Nord Automobile Limited". He now assembles his own elegant, reliable, durable, and cost-efficient vehicles that are as good as any vehicle in the world. According to the last valuation, Nord Automobile is worth a little over N4.2 billion.

Tobi's principles in life and how he runs his business are from the motivations he got from his mentors. He believes Alhaji Aliko Dangote showed him that anyone can start a new Nigerian brand and become a universal player with hard work and integrity. He also believes that he thinks the same way as Mr. Tony Elumelu. "I realized I can do most of the things he does and in the manner he does them. He is strategic and invests his time and resources in networking and being impactful to the society. These are some of the things I also do."