Etop Ikpe is the CEO of Autocheck which he founded in 2020. He was the founder and CEO of Car45 and previously the commercial director of Konga, one of Nigeria’s largest e-commerce platforms, and also formerly the CEO and co-MD of DealDey.

He is from Akwa Ibom State, though he was born and raised in Lagos. His father was an accountant, while my mum was a civil servant. He is the third of four children with two elder sisters and a younger brother. 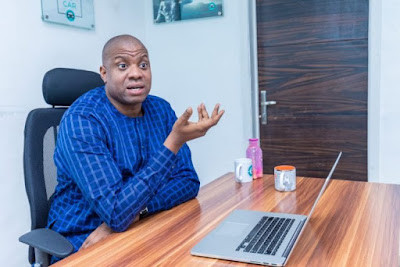 Etop took his first shot at entrepreneurship as a student, when he co-founded clickmobile; an IT solution for companies to build business apps based on htmls. ClickMobile was intended to aid field users to access critical information, view their tasks, shifts, report their attendance and access customer information among others. The idea occurred to him at the time he was working as the manager of a cinema in Benin city. His lecture schedules usually left his Fridays free, so he spent his weekends in Benin working. As a manager of the cinema, Etop reasoned that there had to be a way of getting the organization to function seamlessly.

3stitches is a business of love for Etop which he would always remember fondly because it was instrumental to him meeting his wife. As a cloth dealer, Etop’s then-to-be-wife always had a challenge – debtors. The pileup of debtors made it very difficult for her to effectively run her business. So together with Etop, they came up with 3Stitches, an online platform that would allow people shop for clothes and pay for them almost immediately. However, even though this was a cheaper option instead of getting a physical store, Etop would later recall that it was difficult to even get a dispatch rider in the initial months.

Over the next two years, the duo succeeded in expanding gradually without losing focus of their main goal of providing customers with quality products at affordable prices. By the third year, there were more entrants into the e-commerce industry and competition had become quite tough. So, the couple decided to sell out.

Following the divestment from 3Stitches, he moved on to work for Dealdey.com as the Vice President of Operations. In less than two years, he had become co-MD at Dealdey. The online platform offered juicy deals at discounted prices.

When Dealdey was later acquired by Konga, the new owners saw the need to retain Etop Ikpe, seeing as he was a critical staff. Consequently, the made him the Director of Marketplace Operations. But he wasn’t going to stay at Konga for the rest of his career. The man had plans of his own.

After eight months in Konga, Etop felt an itch to leave. He had always thought of technology for solving critical life problems and at this point in his life, he had spotted another which he needed to address. His personal experiences while trying to sell or buy a car had exposed him to two of the biggest problems of car dealers. Not only was it difficult to sell a car at a good price, the car sometimes developed more problems just sitting in the garage and waiting for a buyer. “Time na money” is a song we all grew up singing, but no one understands the importance of time like a businessman.

Etop realised that there was a need to build a platform that would connect car buyers and sellers in the shortest possible time, as well as enable them to conclude a satisfactory deal. This is how Cars45 came to the rescue, with the mission to sell every vehicle within 45 minutes after inspection. Etop Ikpe came together with co-founders, Iyamu Mohammed, Sujay Tyle, and Peter Lindholm, and Cars45 was established in 2016.

Within the first year of operation, the business recorded a high success rate, earning millions of dollars in profit. Also, Cars45 raised $5 million Series A round in funding from Frontier Cars Group within one year of its establishment. The capital raised was channeled into scaling the business in Nigeria, improving the online platform, and building other revenue sources within the used-cars market, including the used-vehicle space.

Cars45 also effected its international expansion plans in 2019, widening its operations to include Ghana and Kenya, after the Frontiers Car Group raised $400 million in a Series D funding round.

Etop Ikpe insists that the easiest path to success is focusing on the customers. After its commencement of operation, Cars45 did not just focus on making profit but on building customer trust through transparency. This is because Etop understood that business could not thrive where customers do not trust the dealer.